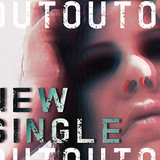 Velvet Ocean is an alternative melodic metal band from Oulu, Northern Finland. The story of the band began a couple of years ago as a co-writing project of the main singer Riitu and guitarist Jake. Soon the project evolved into a studio project with both session musicians and later band members joining in. Early in the pre-production stage Oulu symphonic orchestra cello players Arto Alikoski and Harri Österman joined as well as the established Finnish keyboard player Marco Sneck. The recorded album, later given the name “Purposes and Promises” was passed to Fascination Street Studios for mixing and mastering. The name of the album describes the motivation behind the album project. It has been the sole purpose of our lives for the recent years and the promise that was made to complete it has kept the project together throughout the hard working period. Our music is about honesty and dealing with certain emotions that some difficulties or challenges in life have evoked. It’s about expressing oneself and dealing with one's feelings in a way that other people might also be able to relate to. Riitu Ronkainen -vocals Jake Ronkainen -guitar, vocals Tuomas Vesa -bass Bastian Schallschmidt -drums Arto Alikoski -cello Jami Alaverronen -keys Velvet Ocean released “Purposes and Promises” debut album 7.2.2020 through Helsinki Records. Album is distributed by Warner Music Finland. Booking: velvetoceanband@gmail.com