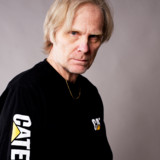 Anders have produced five albums. The most recent Opus i released in 2021. The previous album " the Quantum House Project" was the first in line with grand piano after previously playing electronic keyboards. Anders decision to step up his music to a grand piano leaves the concept of piano trio seen from another angle. This is music played with the timbre of old fashion piano trio but with a taste of something more contemporary and dashing, with components of folklore, jazz fusion and prog music.