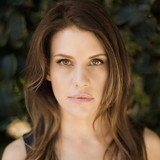 Described as a “pocket-sized powerhouse” and “one of the best singers in any genre,” Jasmine Rae has an extensive list of accolades to her name. The brutally honest songwriter and electrifying live performer, is a four-time ARIA nominee, an eleven-time Golden Guitar nominee and the only female solo artist to ever win the prestigious fan-voted CMC Oz Artist of the Year award. Jasmine Rae has also been recognised internationally, winning a CMA Award for Global Artist of the Year. She has ten #1 Australian Country singles and music videos to her credit, including the 2016 hit ‘When I Found You,’ which has been streamed over 10 million times and has toured with US stars Alan Jackson, Brooks & Dunn, Joe Nichols and most recently Granger Smith. Her new 2020 ARIA nominated album LION SIDE, which debuted at #1 on the Australian Country album chart, #2 on the AIR independent Album chart (all genres) and #11 on the ARIA Album Chart (All genres), featuring the new hit singles 'Green Light,'

'Don't Do It For The Haters' and 'Gentle Man' is out now!