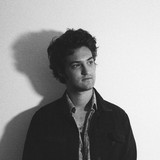 Singer and Guitar player. He was born in Reggio Emilia (Italy) in 1996. He starts to play when he was ten, as a drummer. He fell in love with the Blues some years later, and start playing the Harmonica. When he was fiveteen, he starts to sing and play the guitar with a band called Poor Boys , his first Blues Duo (Guitar and Drum), oriented on the North Mississippi Hill Country Blues (Fred Mcdowell, RL Burnside, Junior Kimbrough, etc…) With the Poor Boys he recorded 1 ep and 2 albums, playing in a lots of festival and opening for musician like Eric Sardinas, Ian Siegel, Eric Gales, Jack Broadbent… In 2018 he goes to New Orleans, where he has the opportunity to discover new sounds and cultures , busking and playing in the clubs. In 2019 he won the Italian Blues Challenge with the band “The Drive” and goes to the Europen Blues Challenge 2019 in Ponta Delgada, Azores. At the end of 2019 he starts

work on his first solo album. His