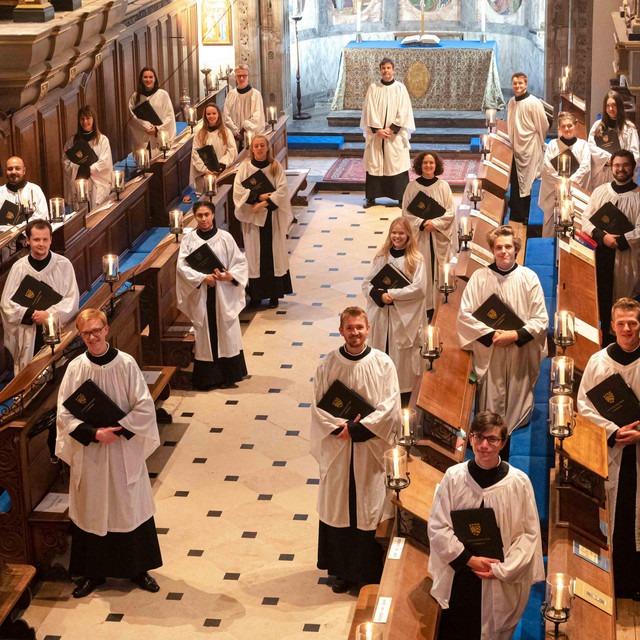 The Choir of Gonville and Caius College, Cambridge has an international reputation as one of the finest mixed University choirs. The 24 singers and 2 organ scholars, under the director of the renowned organist & composer Matthew Martin, perform a wide range of sacred and secular choral music spanning the centuries. The choir performs much new music and has commissioned works by composers such as Francis Grier, Robin Holloway, James MacMillan, Stuart MacRae, Judith Weir, Julian Anderson and Gabriel Jackson. In addition to singing three Chapel services each week during the University term, the choir has a busy schedule of additional activities including concerts, recordings and broadcasts. The Choir travels abroad at least once each year, singing in concert halls, cathedrals, & churches across Europe and beyond. The Choir’s recordings have often specialised in the re-discovery of forgotten choral repertories, including previously unpublished music from within the English choral tradition, as well as championing new music. Releases include choral works by British composers Judith Weir & Julian Anderson. ‘Romaria: Choral Music from Brazil’ features sacred & secular music from the 1950s through to the present day in a programme developed in conjunction with the University of São Paulo. ‘Music for the Lost Palace of Westminster’ includes works from the Caius Choirbook, a manuscript held in the College with music sung at the Royal Palace of St Stephen’s Westminster in c. 1520.