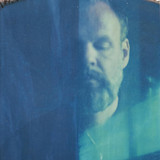 Swedish pianist Lindstrand communicates emotions through a soothing and intimate universe that seamlessly blends genres into his own ecosystem of sounds from the piano. The latest album ‘Nordhem’ represents the finale in a trilogy of poetic, deeply personal melodically woven soundscapes comprising of the two critically acclaimed albums ‘Leken’ (2017) and ‘Nattresan’ (2019). Henrik Lindstrand has managed to compile an equally impressive and eclectic resume, in which a lengthy and diverse post-conservatory list of sideman positions lead to him being adopted into Danish act Kashmir, one of Scandinavia ́s most prominent and acclaimed bands with seven albums to their name. During his tenure in Kashmir and until the band ́s recently initiated hiatus, Henrik worked with seminal profiles such as Tony Visconti, Andy Wallace, David Bowie and Lou Reed, all the while maintaining a career as a composer for television and cinema. In 2017 he released his debut album "Leken" named after the forest lake he grew up nearby. In 2019, Lindstrand was signed to iconic label One Little Independent Records and his second album "Nattresan" was released. Recent accomplishments include the score for the ITV Nordic-noir series Greyzone, the award winning soundtrack for the hugely successful Lego game, Builder´s Journey and a film score to Undtagelsen (The Exception).