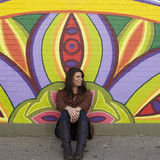 Originally from Boston, Massachusetts, Jen Kearney has spent some time seasoning her particular style of original music. Her sound is truly an amalgamation of musical styles including soul, R&B, funk, rock, and Latin. Kearney’s music and attention to lyrics and has met critical acclaim nationally and internationally.   Kearney has recorded and released six studio albums and has done session work on many other projects. She has toured both as a solo act and with a full band. She recently recorded and toured with the UK’s premier Latin Jazz group, Snowboy and the Latin Section and has also shared the stage with Maceo Parker, Los Lobos, Daryl Hall, Mavis Staples, The Derek Trucks Band and more.   “Jen Kearney is a gifted singer who can belt out a song with the best of them. She puts a refreshing new spin on funk music...modernizing it with thoughtfully conceived lyrics that...simply mesmerizing.” (Billboard, Rolling Stone)