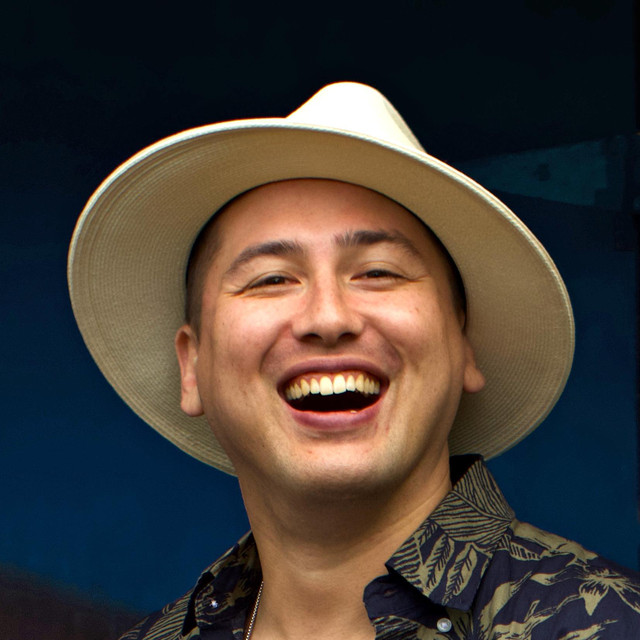 Don Keller is a rare channeler of the rhythmic, tropical sounds of soukous and Congolese rumba music. The Seattle-based guitarist and composer first learned soukous music in his 20s without prior experience with African music. For more than a decade, Don has interwoven bright lead guitar lines with hypnotic drums, earthy bass, relentless rhythm guitar, and vocals reminiscent of TPOK Jazz, Zaïko Langa Langa, Nyboma & Kamalé Dynamique and Kanda Bongo Man. His passion is bringing back the joyous sounds of music that reigned in Zaire from the ‘60s through the ‘80s and has worked on projects with Nyboma, Malage De Lugendo, and Jeannot Bel. In the early 2000s after hearing joyful, rhythmic African music on the radio, Don scoured the Internet looking for any examples he could find that he could learn from. This was before YouTube and much of the African music that is available in the U.S. today was not available back then. The turning point was when he heard the song Mario by TPOK Jazz after he checked out a Rough Guide compilation CD from the local library. Mario’s hypnotic, ethereal sound was unique, fresh and brought a whole new light to what was sonically possible. Don Keller began captivating fans of African music globally when he performed soukous songs by Zaïko Langa Langa in 2009 on YouTube. One of the first solo soukous videos of its kind on social media, over the next 10 years, his YouTube channel gained more than 1.9 million views.