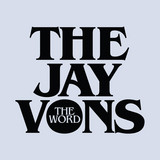 Although their roots stretch from New Jersey, Manhattan, and Long Island, their meeting was no accident. Mikey Post and Michael Catanese have been writing and playing music together since high school. They would later befriend Benny Trokan while living in Brooklyn, where Mikey would join Robbers on High Street. While all three were playing in various groups in New York, the guys wanted to start a new band together. They knew they needed that extra something. A man of speed, a man of action, a man that denies these times: Dave Amels. They would later find him on Lorimer Street, just taking in the views. After exchanging the old what-fors and who-are-yous, the group began writing and rehearsing together. Since then, The Jay Vons have toured all through the United States and internationally, opening for such legends as Sharon Jones & The Dap-Kings, Charles Bradley & The Extraordinaires, Lee Fields & The Expressions; recorded all of their original tracks at Daptone Studios, Dunham Sound Studios, and Diamond Mine Studios with producers Wayne Gordon and Tommy Brenneck; and, while making a name for themselves, have been backing up Greg Cartwright as Reigning Sound.