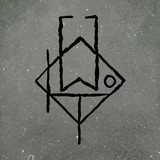 Will of the Awakened

Will Of The Awakened is a band from Burgas, Bulgaria formed by Svetlin Zhelyazkov (Guitars) and Dimitar Dimitrov (Vocals) in mid 2015. Later on Teodor Chirpanliev (Drums) joined, and shortly after, Kaloyan Kolev (Bass). In 2016 they release the single "Leviathan". Over the course of the years, a lot of different lead guitarists were coming in and out of the band until after the release of the 2019 EP “Your Own God”, when this role was permanently taken by Yanislav Mitev. The band's core sound was heavily influenced by bands like Lamb Of God, Killswitch Engage, Trivium, Machine Head, Sepultura. Currently, the band is working hard on their new music and is planning to release a full-length album soon. Will Of The Awakened's music emphasises on the condition of the world’s humanity and envisioning oneself. Rising above all of your fears and becoming your own individual. “We hope you dig our music and read into our message. Rise, exist and live as Your Own God! Peace!” – Will Of The Awakened