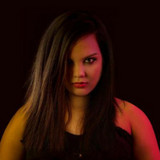 Dany k lop is a Colombian DJ Producer focused on electronic music of the trance genre. She has stood out for being the most influential woman of the genre in her country, her fast mixing technique, live mashups, ID productions and unexpected curves,gives a different touch to her presentations. He has been to the best events and with the best exponents in the world, his most outstanding performances were in the opening of Armin Van Buuren, Markus Schulz, Gareth Emery, Storyland Music Festival with Aly & Fila, Marco Bailey, Maceo plex, Lost Frequencies, Tujamo and many more. She is the first Latin woman to achieve in a short time the 100 best DJs in the world of the genre Trance 2018 according to the page trancepodium occupying the position # 66 and in Djane with the position # 88 She is the owner and founder of the non-profit record label: universal sound that promises to be in a short time the largest record label in Latin America focused on the best genres of electronic music with a sub-stamp for each one, its differentiating factor is that it contains more tools and a true approach to the growth of new talents. Label Universal sound : Trance music Blazar sound : Techno music Pleiades Sound : Progressive Pulsar sound : House Music You can listen to a Trance set loaded with new music every Friday or Saturday on its Radio Show: Perception State available on all digital platforms where you can enjoy the best music without interruptions ans no locution. www.danyklop.com