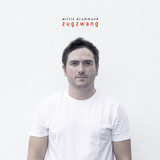 Five studio albums. One photobook. Hundreds of shows. Notable performances in festivals such as ARF, BIG Festival, Sonorama, Hatortxu rock, Monkey week, EHZ, MAZ or MUNDAKA alongside headliners such as Placebo, The Mars Volta and Black Sabbath. An opening slot on Detroit's 2016 tour that allowed them to perform french major halls (Zeniths) as well as the mythical Olympia (Paris). Several european tours through France, Spain, Germany and Belgium. A serie of sold out shows upon the release of their latest album TABULA RASA (2016) and a recent tour in Japan… Willis Drummond is without a doubt one of the most active and acclaimed band of Basque Country's musical landscape. One would want to stash their albums on the record shelf alongside their basque elders Negu Goriak, Kuraia or Berri Txarrak, but Willis Drummond rather belongs somewhere in the 90's Seattle scene, D.C. punk and australian rock sections where AC/DC, Fugazi, Nirvana or The New Christs are kings. Such influences led them to work with australian AMP winning producer Burke Reid (The Drones, Courtney Barnett) for their last 2 records to great results. Today Willis Drummond performs as a POWER TRIO. A live album (CD + DVD) released in november 2018, showcases the energy that made their reputation as an intense live band. Their new album ZUGZWANG is out now!