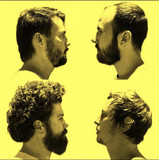 Bennett Wales & The Relief are a 4 piece rock n’ roll band from Virginia Beach, VA. Focusing heavily on making rock n’ roll dangerous again, this energetic quartet introduces the new while carrying the torch of the old. BWTR released their freshman album, “Flood Without Water” in the fall of 2017. The band has shared the stage with a variety of notable acts including: Goo-Goo Dolls, All-American Rejects, Marcus King Band, Tim Reynolds, and Sister Sparrow & The Dirty Birds, among others. From playing the Blind of Back Bay Brewing in their hometown, to festival plays such as Sweetwater420 Festival, Summercamp, and Mountain Music Festival.