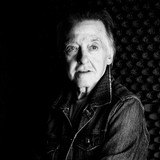 Perhaps the most unheralded of the three in Badfinger was Liverpudlian guitarist Joey Molland. His songwriting talent started to blossom with the group’s finest album, 1971’s Straight Up. Molland contributed five songs to the group’s fourth platter including “I’d Die Babe,” “Sweet Tuesday Morning” and “Suitcase.” Joey continued to play and write as Badfinger motored through the ’70s recording and touring. But great albums like 1974’s Wish You Were Here were met with record company and personal mismanagement. And in 1975, the group’s leader, Pete Ham, tragically passed away. Molland eventually left the group, returned, and left again to launch his own solo career. He’s played in various groups and under the name Joey Molland’s Badfinger since 1983. His several solo albums won critical acclaim but nothing could have prepared us for his latest album. Omnivore Recordings is proud to announce the release of Be True to Yourself, a tour de force pop album by Molland co-written with producer Mark Hudson (producer of last year’s Losst And Founnd by Harry Nilsson, also on Omnivore). The album is filled with delicious pop hooks and features musical contributions from Joey’s friends (Julian Lennon, Micky Dolenz, Jason Scheff and Steve Holley). With front and back cover photography by Julian Lennon, this album is a veritable feast for the eyes and ears! So, sit back and “take it all” in from one of the genre’s progenitors ... Be True to Yourself by Joey Molland.