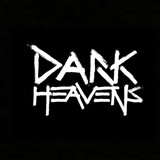 Dark Heavens formed when the clouds parted over the hills of Northern California. With metal and experimental rock at their roots, Dark Heavens began their journey to create a sound that is raw, spirited, and meant to be listened to loud. The eclectic three-piece group of friends formed and evolved into a shared commitment to keep creativity at the forefront. Bassist Drew Roulette (Dredg) is also a skilled painter and muralist. Singer and guitarist Donovan Dresti is a former pro skateboarder, an arena in which music is culturally interlaced. Drummer Anthony Olyaee (Delta Activity) is also a teacher of drum technique, theory, and progression. Together they created a full album that took years in the making and are ready to release it to the music world.