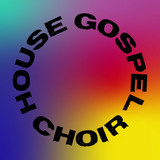 MEET THE CHOIR THAT HOUSE BUILT The late great Frankie Knuckles once called house music: "church for people that have fallen from grace." Anyone who has been caught up in the rapture of a true house classic can testify to its power to unify and uplift. House Gospel Choir is an electrifying House meets Gospel experience that never fails to get audiences clapping, dancing and singing along. House Gospel Choir shows bring together a group of outstanding singers, a full house band and DJ, creating an effortless live fusion of the biggest house and gospel tunes that never fail to raise the roof! An extensive, 13-track release, RE//CHOIRED was born out of a love for sound system culture, the healing power of house music and the group seeking to channel the magic of people working together to raise the vibrations.