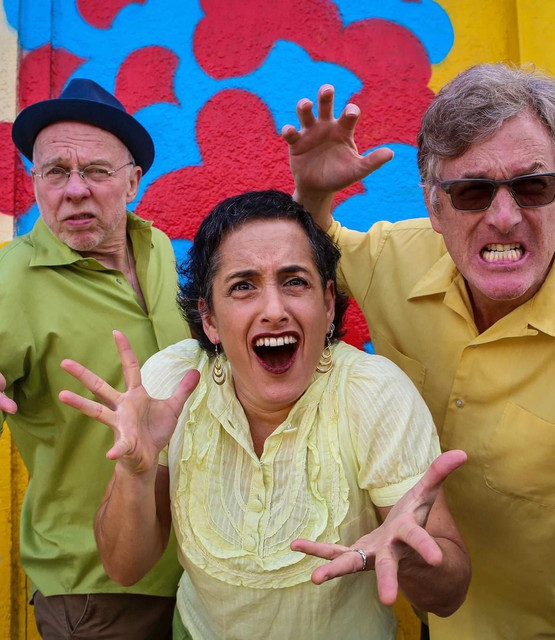 The polyrhythmic heat of Evie’s clawhammer banjo, resonant voice, real stories and rhythmic dance have been heard from A Prairie Home Companion to Celtic Connections in Glasgow, Scotland; From Lincoln Center in New York to Hardly Strictly Bluegrass Festival in San Francisco. Now, Ladin has blended decades of performing on an illuminating new record with a rare combination of both breadth and depth. Employing stylistic integrity in a myriad of genres, and a heartbreakingly honest take on the human experience, Ladin’s fourth record of original songs, Caught on a Wire, explores both beauty and disappointment, and especially the paradox of feeling both simultaneously.   Evie’s mastery of the clawhammer banjo is an absolute wonder, and the soulful, salty tanginess of her voice grips the listener and refuses to let go as it narrates some wild musical tales — WOMAD Festival   The neo-trad kinetic-folk of the Evie Ladin Band with Keith Terry and Erik Pearson is a mingling of the deep Appalachian sound of clawhammer banjo, guitar, bass and percussive dance, with contemporary storytelling and original, conversational interplay among the band members. Some of their adventurousness comes from early hip hop in the high school cafeteria, some from Evie’s early attraction to, and study of, the African roots in Appalachian music and dance. While myriad world and contemporary music influences permeate the band’s choices, they remain seamless and true to the stories they tell.