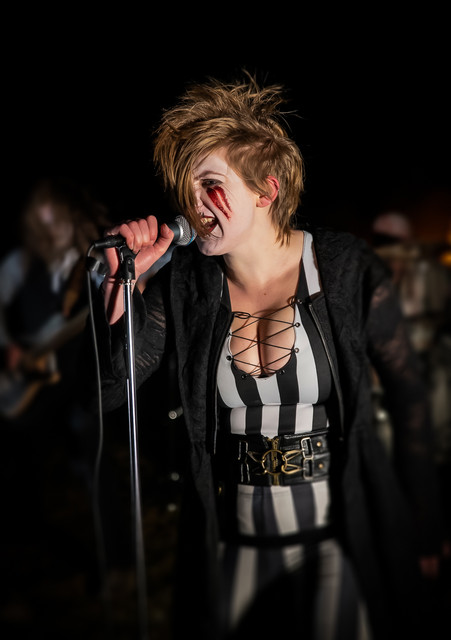 Ward XVI Ward Xvi   Once more, the gates of Whittingham Asylum have been cast open. Dare you enter Ward XVI, the maximum-security unit for the criminally insane? Freaks, outcasts and oddballs you are all most welcome to get close and personal with the UK’s most seductive and brutal serial killer Psychoberrie as she spins a haunting tale of depravity and manipulation. Watch in shock and awe as you witness her bloody story on stage. The witnesses of Bloodstock, Hammerfest and Hard Rock Hell and many other venues and festivals that lay in her wake will testify. Fall victim to catchy female vocals, fortified by a genre-defying mix of hard-hitting metal riffs, off-beat ska rhythms, melancholic piano, jaunty accordion and a hint of electro. Following the release of ‘Metamorphosis’ their critically acclaimed second album and second in a trilogy of concept albums chronicling Psychoberrie’s story, Ward XVI are poised to unleash their bloodstarved inmates onto the general population. Drawing from their eclectic background, Ward XVI are inspired by a whole host of musical masters, including Alice Cooper, Iron Maiden, Rob Zombie, Diablo Swing Orchestra and Avatar. No one is safe from her clutches.