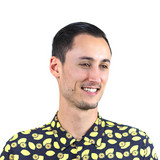 From his dance music origins to hip-hop and pop culture, Martinbeatz is a musical chameleon. His productions, are a lot like his performances: rhythmic and borderless. These productions debuted in August 2019 with “Curry”. House, Bass or even Pop, his original music reveals a unique and powerful sound. He was inspired by artists from very different genres, such as Diplo, Nghtmre, Slander but also Chris Lake Camelphat and even Stromae and Bob Marley. These artists have had a direct affect on his work. The DJ Producer makes his music resonate in clubs, festivals and private events but also in exceptional places where he is mixing for his “Martinbeatz Club” set. The first episodes, already released and available on Youtube, were filmed in the Domain of Vauluisant, the Castle of Brancion and the Castle of Vaux. After finishing vice-champion of France DJ in 2015 and some incredible nightclubs events, some of which were the Opium in Toulouse, France, Martinbeatz also earns Joachim Garraud’s trust. As a result Joachim Garraud’s offered him the opportunity to be a supporting performance at the Zemixx500 event, together with Lost Frequencies and Tujamo. Thanks to more than 80 dates in 2019 and as a monthly resident at the Bougnat des Pouilles’ bar in Troyes, France, it is evident that Martinbeatz is more than capable of moving crowds and truly feels at home behind the turntables.