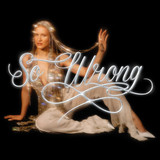 @mgcislnd Having been described as ‘honest pop’, Magic Island’s soundscape is permeated by haunting and unforgettable flavours. With her Berlin-based solo project, the artist weaves together powerful compositions with tangles and twists of her signature weirdness. Starting with experimental compositions on her piano, Magic Island sculpts loops and hooks pulling freely from R&B, experimental pop, soul and mainstream sounds. Magic Island developed her affinity for vocal hooks and harmonies at 13 when she heard the rapper Camron's album 'Purple Haze' and fell in love with the sped up samples in the hooks, realising that these were actually soul singers from the 60's and 70's with vocal effects. Her inspiration comes from many walks of life and can be hard to categorise within one genre.

On her multiple tours across Europe, North America, Asia and the Middle East, Magic Island tells the story of a jaded soul and an innocent heart; her incessantly addictive tracks embrace the profoundness, tragedy, and the magic of the world. The enchanting lyrics in songs like ‘Warm Heaven’ belie the desperate feminine rage that’s compressed into her melodies. Her world is a fluid place for contradictions – Magic Island’s hymns speak of softness and strength with a conviction that the two are not exclusive from each other.