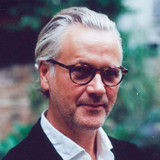 Guy Chambers is a multi-instrumental composer, producer and musical director, and half of one of the most successful songwriting partnerships in British pop history. To be fair, he is considerably the less demonstrative and publicly visible half, being the writing partner of Robbie Williams. Guy was raised around music. His father was a flute player for the London Philharmonic Orchestra, his mother worked at the Decca record label. Guy played piano from 5 years old and was composing by 11. “I had a great teacher who realised I liked to improvise and introduced me to Duke Ellington and Dave Brubeck.” At 13, he took up guitar. By his mid-teens, Guy was earning money in covers bands and playing piano at weekends in pubs and clubs. He attended Guildhall School of Music and was the first resident piano player at the Groucho club. The piano is Guy’s first love. “The piano is the king of instruments. In the orchestra, it's in the percussion department because it can be very aggressive, in the way somebody like Little Richard would use the piano as part of the rhythm section. But it also has this incredibly poetic side. Melodically and harmonically it can do everything. It has so many colours within it that you can never get tired of playing piano.”