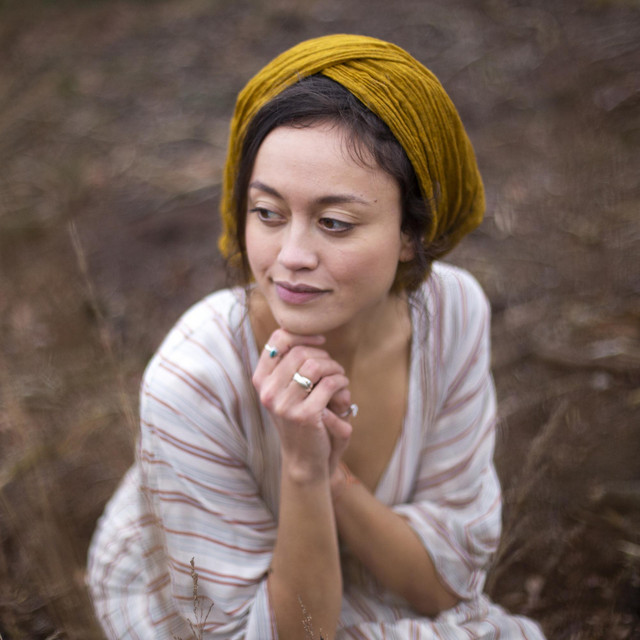 Annabel Laura is an independent musician, artist and yoga teacher based in the Netherlands. Freedom and nature are important theme’s in her work. Her music can be described as soothing ‘love songs’ inspired by the sea, trees and her travels. At her live shows the audience and her share a moment of pure presence and musical intimacy. Characteristic for her music are the raw intimate guitar sounds and sensual voice. Her intuitive compositions encompass space, quiet and lucidity. With her roots both in the Netherlands and Indonesia, she brings different cultures together and sings and shares vulnerable writings inEnglish, Indonesian and also Dutch language. In 2017 she released her first album ‘Ibu Pertiwi’, meaning ‘Mother Earth’ or ‘Mother Land’ in Indonesian. This was celebrated in a packed Vondelkerk in Amsterdam. Her first music video ‘See the Beauty’ premiered at the Dutch Film Festival and Annabel has toured extensively through Europe and Indonesia. Recently she released her second album 'Wings To Fly' now available for worldwide on online streaming platforms.