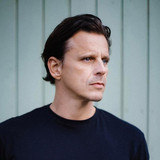 He’s written for the likes of Tiësto, BT, Armin Van Buuren and Benny Benassi and is one of the most in demand lyricists and vocalists out there. As one third of multi-million selling Brit band BBMAK he conquered the UK Top 40 and the US Billboard Top 100.   The writing was on the wall for Christian to be involved in music in some form from an early age. Christian’s father was part of The Signs, a UK Merseybeat band “I always remember the house being engulfed with music as a child”, Christian said. “Me and my dad built a makeshift studio at the bottom of our garden with a four-track tape machine. I was always in there. I was fascinated by the whole process of making music.”   Throughout Christians illustrious career he has collaborated with the worlds biggest names in the dance scene - Christian wrote and featured on ‘In The Dark’, the lead single from Tiësto’s Grammy-nominated album ‘Elements of Life’, with electronic giant BT, Christian wrote and sang on three tracks from Grammy-nominated long player ‘These Hopeful Machines’ – ‘The Emergency’, ‘Forget Me’ and lead track ‘Suddenly’. Teaming up with Armin van Buuren on his ‘Mirage’ album, Christian wrote the #1 smash hit ‘This Light Between Us’, touring with the record-breaking five-time winner of DJ Mag’s Top 100 DJ Chart.   Christian 2nd solo artist album ‘Love Songs from Suburbia’ is out now.