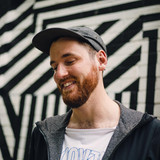 Joe Danvers has been slowly building a diverse catalog of dance music since moving to London in 2015. Previous EP’s have been released on house staple Fina Records, the eclectic Wotnot Music and Bristol staple Boogie Cafe. Danvers’ 2018 EP Interludes (released on Wotnot) has received significant praise & radio play from the likes of Gilles Peterson, Detroit Swindle & Bradley Zero to name a few. It spans broken beat, house, jazz and lofi, with remixes from Warren Xclnce, Joe Armon-Jones & Frits Wentink. Aside from his solo production work, Danvers is one half of Kassian, who launched in late 2018. Kassian have released EP’s on Heist Recordings, Phonica White, and their own Kassian Versions all with critical acclaim. Their debut track ‘The Premise’ was nominated by Gilles Peterson for Track of the Year at the Worldwide Awards. Kassian are growing rapidly in 2019 with bookings already lined up all over Europe. Danvers is also the co-founder of Curve Records, which launched in 2018, a new white label wax imprint, co-founded with Mike Wilkin of FACT / Vinyl Factory & Luke Campion. Their first release by Jackson Almond has received praise across the board.