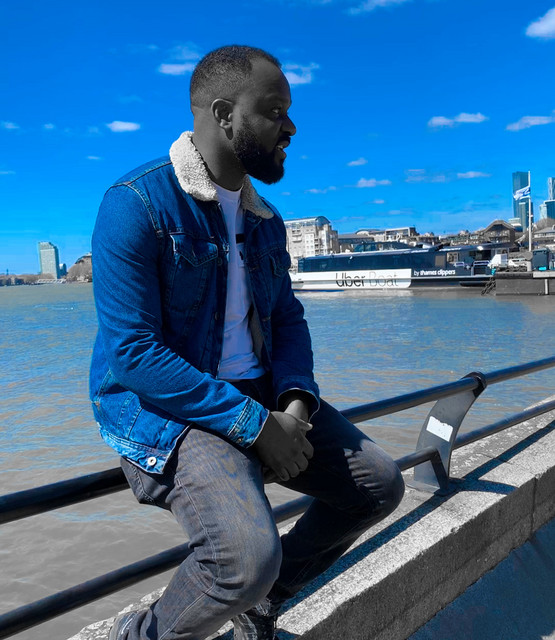 London-based singer and songwriter Benny Bizzie is a fusion of R&B, Trap, and Afro-beat. He started his career as a grime artist in North London with releases on Channel U, mixtapes, and a collaboration with Meridian Dan, JME, and Skepta. He wrote songs behind the scene for emerging singers in his neighbourhood and learned to engineer and produce records. He began testing out his singing ability by releasing 'Crying' produced by Skott Summerz which was well received on Channel AKA, Flava TV, GRM daily, Link Up TV, and earned him 2 nominations at the Urban Music awards.   He began working with many of the UK grime stars, featuring on choruses with Ghetts, Rapid, Scorcher, Mercston, and Frisco. BBC 1Xtra DJ Charlie Sloth supported tracks 'Fully Grown' and 'They're Coming' on his weekly show. Following a break from music in 2014 due to ill health, Benny Bizzie has begun releasing a series of singles, remixes, music videos independently and growing his audience. E-Motion is the latest EP release with over 500K Youtube views and has released two new singles 'Pressure' and 'Blood In the Water' keeping his fanbase well-entertained.   Meet Benny Bizzie: Spotify@bennybizzie Facebook@bennybizzie Instagram@bennybizzie Youtube@bennybizzie