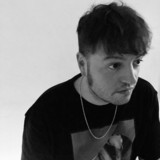 Alberto Torres (Toledo, Spain 1979) is a Madrid-based composer, producer and songwriter. He composes scores for film and television exploring musical genres based on visual narratives, pushing boundaries through a bold and, at times, experimental lens. His classical training and his experience in pop music have allowed him to take on many varied projects, ranging from experimental electronic music, orchestral scores, flamenco or indie rock. His film scores have been heard at some of the most renown film festivals around the world: Cannes, Locarno, MoMA New York, San Sebastian, Toronto, Sao Paulo, Bafici Buenos Aires, among others.