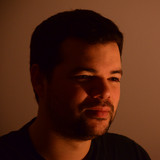 Bristol-based producer Sean McCabe has had plenty of time to develop his own sound. Famously, he released his first tracks in 2003 at the tender age of 17 and has spent the last decade fine-tuning a trademark sound that is effortlessly soulful.   Since then, he’s amassed an impressive discography of nearly 100 releases, delivering inspired reworks for labels like Local Talk, Strictly Rhythm, Vega Records, Tribe, and Quantize – plus an original solo album for Z Records.   As an artist, his 2014 debut album entitled ‘It’s Time’ on Z Records displays his musical range and versatile quality production skills.   As a DJ, he forged a reputation at the legendary Southport Weekender, where he performed regularly. Sean has also travelled the world, playing as far afield as Asia and South Africa, as well as regular appearances across Europe and the UK.   As a producer, McCabe is constantly learning and evolving, taking his sound in different directions. He admits to a love of vintage synthesizers – picked up from listening to classic New York boogie and ‘80s soul. In 2016, Sean continued his musical journey by launching ‘Good Vibrations Music’ record label – a natural evolution of his renowned Good Vibrations events in Bristol.   With a successful album under his belt, his own record label and notable collaborations with the likes of Karizma, Lay-Far, and Groove Assassin, his reputation for bringing quality soulful dance music to the masses continues to rise.