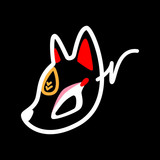 NΣΣT (pronounced “NEET”) is a Calgary-based electronic music producer specializing in "Ethnic Inspired Soul Rock Music", and improvised piano pieces. In the five years spanning his musical career, NΣΣT has emerged as an ever-evolving artist with influences ranging from Nujabes and Joe Hisaishi to City & Colour and Sebastian Tellier. An early adopter of the future bass movement, he is best known for his 2014 releases Hanabi and Infinity – two sample driven, synth heavy projects that showcase NΣΣT’s signature layered sampling style. He has since gone on to release multiple projects since then, with works ranging from Elsewhere, an experimental blend of alt-rock and R&B flavoured electronica, to Dream Keys, a heartfelt album of improvised piano tracks. His impressive discography is filled with both inventive remixes and original music, all of which reflects his distinctive Japanese-inspired sound. To date, NΣΣT has released over a dozen projects on Bandcamp, gained over 20,000 followers on Soundcloud and achieved over 4 million plays collectively. This is just the beginning though - NΣΣT has since begun to stretch his musical boundaries, increasing his experience as a live performer and continuing to curate his monthly radio show (aptly titled NΣΣT Radio). With more music on the way and more collaborations in the future, NΣΣT wants to create experiences and take listeners on a journey that will inspire them for life.