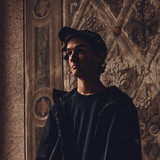 Growing up in the North-East US and parts of Canada and now based in San Francisco, producer pronouncedyea, aka Cesco, has been busy making what is often described as emotional bangers; melodic bass music encompassing everything from the aggressive, to the emotional and euphoric. Following his 2016 debut, pronouncedyea (formerly known as ye.) has been consistently releasing his unique brand of bass music inspired by all genres from trap and future bass, to indie, pop, and much more. Since the projects first foray onto the scene, pronouncedyea has garnered over 50 million combined streams across all platforms, with his track Feel the Fire with pluko gaining over 12 million streams on Spotify alone. Attracting attention from artists the likes of Illenium, Alison Wonderland, and The Chainsmokers, pronouncedyea has made headway into the EDM scene, also garnering the attention of labels from around the globe, and performing at festivals and clubs across the United States. Following a string of independent and label releases from 2016-2019, pronouncedyea signed exclusively with Armada Music in 2020 to bring the next wave of the project to life. Continuing to collaborate with artists across all genres, pronouncedyea is slated to release many more emotional bangers for years to come.