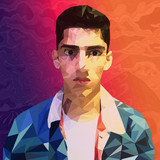 Josh Tarzi, a solo producer and artist from Brighton, UK. He is an instrumentalist and producer. He primarily focuses on Lo-Fi hip-hop. Josh uses Ableton Live and has influences such as Wes Montgomery and Thelonious Monk. Josh started playing guitar at the age of 7, this kick-started his love for music and he started to develop his songwriting skills. Josh also plays bass guitar, drums and piano and incorporates them into his production and whilst mixing it in with an electronic vibe. Josh originally started on reason after buying a drum pad at age 12, this was where he learned the

basics of music production, he then moved onto Ableton Live where he started to develop his own sound. After 3 years of practising music production, Josh released his debut album “sad boy hours” (September 2020). This was received well and he has gone on to release many other tracks both independently and with Labels.