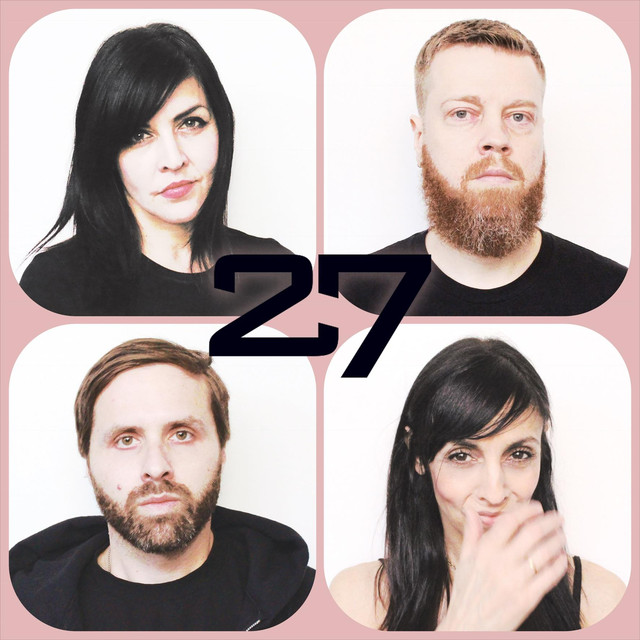 27 are Ayal Naor, Adam McGrath, & sisters Terri and Maria Christopher. Flip through any of the band members’ stacks of vinyl & you’ll find everything from Italian love songs, to art rock noise pop, to roots reggae, to old school funk, to new school hip hop, to classic easy listening, to savage Viking metal. Not afraid of marrying the force of heavy guitars and striking drums with electronic loops and hooky vocal melodies, the band has been able to meld their wide range of influences into a style of their own. 27 has shared the stage with a variety of notable bands such as Portugal. The Man, Explosions in the Sky, Minus the Bear, Pelican, Earth, the band Isis, and Mastodon. 27 has toured the UK, Japan, Europe, Canada, and the US. The band has had a number of music placements in indie films, as well as several primetime TV shows including Showtime’s “Shameless”, MTV’s “Awkward”, SyFy’s “The Magicians”, and ABC Family’s “The Lying Game”. When not busy with 27, Adam can be heard fronting his high voltage power trio Nomad Stones, writing new songs with his seminal rock band Cave In, or on tour with Jacob Bannon’s Wear Your Wounds. Terri played with Boston metal band Phantom Glue, and has released music with Dusty Skull, as well as Vardlokk featuring Grutle Kjellson from the extreme metal band Enslaved. Maria and Ayal have contributed to works by other artists, most notably to the band Isis’s critically acclaimed record “Oceanic”.