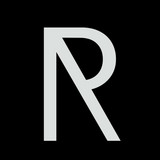 Electronic rockers VEX RED have unveiled their brand new single ‘Tarantula’, their first taste of new material in three years. The eagerly anticipated dose of music is a potent one, flooding the senses with a cocktail of delicate electronics, spectral vocals, throbbing bass and soaring guitars, all the while exerting an emotional intensity that’s impossible to ignore. “’Tarantula’ is about finding calm in a world full of noise - to quiet the static and outrun the turbulence” explains vocalist and guitarist Terry Abbott. “As our political landscapes get rougher with each new direction and power game we find ourselves underneath a growing storm. It feels like a sense of helpless imminence has us in its grasp.” ‘Tarantula’ is the opening track on VEX RED’s upcoming EP Give Me The Dark, which is due for release on October 4th via Say Something Recordings. The EP also features their 2016 single ‘Burn This Place’, which earnt them the honour of being personally invited to perform at Robert Smith’s 2018 Meltdown Festival at London’s Southbank Centre. The band will also be performing a special show at Camden Assembly on September 13th. Tickets for the show can be found here. With this EP, an album in the works and a reignited hunger to create new music, VEX RED are back with a refreshed sense of purpose and are set to go from strength to strength.