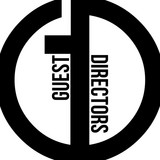 Guest Directors is a group of guides: comfortably demonstrating a familiarity with the sonic landscape of their native Northwest and poised to lead wherever its audience needs. The quartet's confident chemistry and ambitious spirit eschew typical routes in favor of new paths brimming with honest secrets and bold challenges. Their kaleidoscopic instrumentation is comprised of the delightfully tangled Jazzmasters and moody vocals of co-leads, Gary Thorstensen and Julie D., as well as Rian Turner's volatile drumming and Charlie Russo's propulsive bass work. The group has mastered its musical surveillance, recognizing each bit of sonic space as an opportunity for attention, examination, and artful refinement. And whether the moment calls for scaling peaks or wading through turbulent waters, the group is unwaveringly prepared, willing, and able. Guest Directors' spooky and soulful music evokes images of evergreen silhouettes, dreamy breezes, and the power of seemingly perpetual precipitation. Their 2019 EP, Dream the Currents, evokes ghost-like shimmering and half-moons moaning to their cousin constellations. It's the next step in what has amounted to an annual progression of EPs demonstrating harmonic, rhythmic, and stylistic explorations that hover around a familiar sonic center, With Guest Directors, you will never feel lost. Instead, the band will help lead you to the spots that have always been your own.