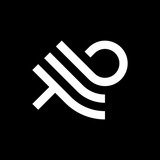 Justin Kleiner is a musician and visual artist, based in Santa Barbara, California. His artwork has been described by Cool Hunting as “a combination of contemporary graphics and traditional archetypes”, while Gotta Dance Dirty calls his music “ethereal, haunting, electronica.” After collaborating with his brother Matt as a music & art duo known as The Protist he is currently focusing on solo work as well as a multimedia project, called Unseen Echo.