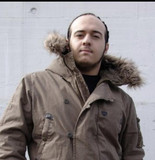 Amirali Azimzadeh also known as AmirMafia, Actor, Singer, Songwriter. Born in Iran, Tehran in 09/07/1989 moved to Switzerland, Geneva in 2003, Started his acting career in Summer 1997 and his music career in 2004. Was casted in his first movie Shab-e Roobah as a hostage, kidnapped kid. He is also known for his music career with his top singles Hall Konim, Run Away Forever, Shabe Baroni, Bego Az Eshgh, Hasrat and Faseleha in July, 2016. He has dedicated his life to always be the best in what he wants to do and he always believe by helping others and showing love to people you can make the world a better place and do the undoable. In his teenage years he has Played Soccer in the Division 1 and Pro League of Switzerland and he was the first ever Legionnaire in Iran’s Paintball Pro League, he has also played in France Division 2 and Division 1 Paintball League. He has one brother and one half brother. One older (Hamidreza) and One younger (Bijan) than him. His parents were both born in Iran, the Mother from Tehran and the Father from Saveh. He says he is still looking to get better and trying to find new ways to move up the Persian Rap and HipHop image in the world, he says that the Persian Rap and HipHop still has a lot to offer even though these days we have lots of awesome Persian artists all around the world but he believes there is still ways to get to the top with hard work and dedication.