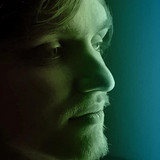 Marcel Mücke is a designer and artist based in Düsseldorf, Germany. He was born 1997 in Bavaria and started playing the piano and guitar in his childhood. At the age of 14 he stepped upon a theatre stage for the first time and one year later he got part of the artist duo "Jakob and Marcel". Since then, Marcel was performing music in various groups and as solo artist. His work spreads from jazz and rock to electronic and experimental music. Marcel was part of many movie and drama productions throughout Germany as actor, co-director, scene/stage designer or production assistant. Since 2015, he studies communication design at Hochschule Düsseldorf.