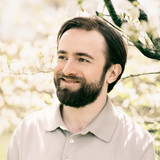 Moments before Daniil Trifonov performs, a particularly profound silence invariably grips his audience. Out of it emerges a rare kind of music-making, transcendent and revelatory. “What he does with his hands is technically incredible,” observed one commentator shortly after the young Russian pianist’s winning performance in the final of the International Tchaikovsky Competition in Moscow in 2011. “It’s also his touch – he has tenderness and also the demonic element. I never heard anything like that.” This was the opinion not of a professional critic but of one of the world’s greatest pianists, Martha Argerich. She concluded that Trifonov was gifted with “everything and more”, a view endorsed since by a flood of rave reviews, audience ovations and international prizes. In July 2015 Richard Morrison, senior critic of The Times (London) declared that “[Trifonov] is without question the most astounding pianist of our age”. The verdict was reinforced in January 2017 by Alex Ross in The New Yorker. “What sets Trifonov apart,” he observed, “is a pair of attributes that are seldom found in one pianist: monstrous technique and lustrous tone.” Trifonov’s pianism, with its captivating blend of power and poetry, bears witness to a unique talent. His inventive brilliance and individuality also extend to his growing reputation as a composer, which reached a new level in April 2014 when he performed the fiendishly difficult solo part in the world premiere of his First Piano Concerto at the Cleveland Institute of Music.