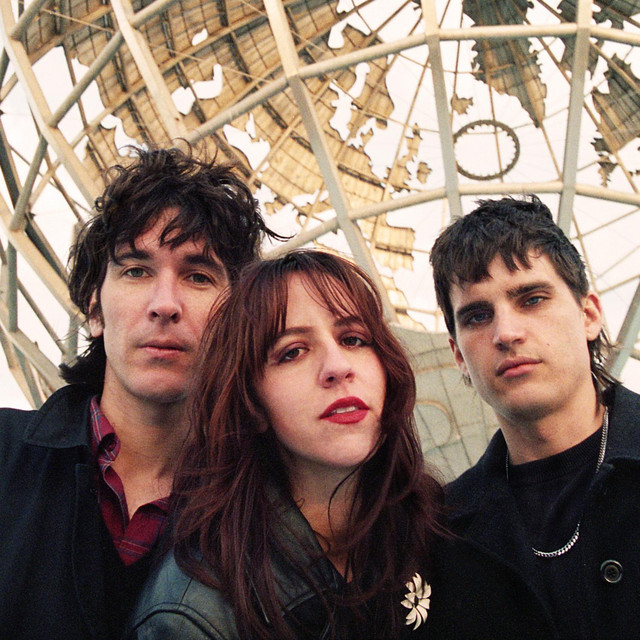 Filtering pop melodies through an abrasive, shadowy lens, dark indie trio UV-TV channeled a litany of feedbacky acts from the Jesus and Mary Chain to the Vivian Girls. The trio signed with Canadian label Deranged for the release of their punky 2017 debut long-player Glass. UV-TV was formed in 2015 by Gainsville, Florida musicians Rose Vastola and Ian Bernacett. The two songwriters were eventually joined by drummer Ryan Hopewell, and with Vastola on lead vocals and bass and Bernacett handling guitar duties and some vocals, they began working on material that incorporated the drive of hazy, C-86 punk, lo-fi recording techniques, and occasional moments when gears would shift from fervent bashing into shoegaze ambience. The band released a five-song demo tape shortly after forming, and later in 2015 released a split 7” single with Los Angeles band Shark Toys. In 2017 their first album Glass was released, as well as a 7” EP that featured two original tracks and covers of songs by Screaming Sneakers and the Primitives. The lo-fi snap of Glass was put to tape quickly in a disused train station in Gainesville, adding natural reverb to the band’s already booming sound. In 2018, UV-TV migrated from Florida to New York, and in 2019, second album Happy arrived with a much fuller sound than their debut. ~ Fred Thomas, Rovi