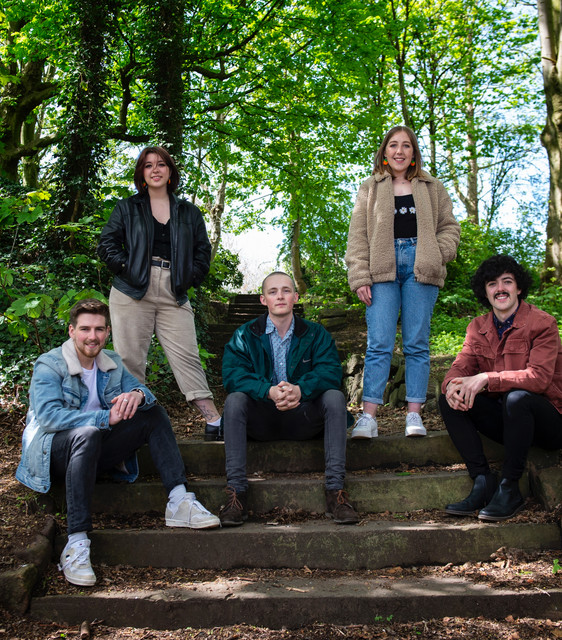 “A band that everyone is going to be talking about. Life-enhancing” (Getintothis)   Green Tangerines are a 5 piece ensemble who’s sound nods respectively to 70s Jazz Fusion, whilst simultaneously carving their own path in the UK Jazz scene of today. Comprised of – saxophonist and vocalist Sarah Sands, trumpet player Sam Taylor, guitarist Jack O’Hanlon, bassist Fran Mills and drummer, Tom Hudson – Green Tangerines have been making their name in their adopted home Liverpool.   Since forming in 2017, the quintet have taken their music further afield to Ireland playing the International Blues on the Bay Festival, as well as a BBC Radio Ulster live session. They have continued to shake up the jazz scenes in Bristol, London and Manchester, playing everywhere from riverside boats to Band On The Wall. They’ve also been billed as support to Shaun Martin (Snarky Puppy, Kirk Franklin) in collaboration with Liverpools ParrJazz, one of their biggest gigs to date.   “Jazz-funk masterclass from a band billed as one of the most exciting bands to come out of Liverpool in recent years, their performance lived up to every expectation.” (Sophie Webster, Sphinx Music Editor)   “It’s fun and its funky” (Linley Hamilton, BBC Radio Ulster)