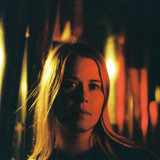 Anna von Hausswolff is a critically acclaimed singer, songwriter, pianist, and organist from Sweden. She made her Top Five hit album debut with Singing from the Grave in 2010. But von Hausswolff is no ordinary singer or songwriter. The European Gothic and classical traditions loom large as influences and guideposts in her later music. Vocally, she possesses an extraordinary range; she can reach the operatic heights of primary influence Kate Bush, the otherworldly howls of Diamanda Galas, and the lycanthropic growls of Jarboe. For 2012's Ceremony, she used an Annedal church organ as her primary instrument, while drawing inspiration from post-rock band Earth in drone-laden compositions. For 2015's The Miraculous, she doubled down on the organ's sonic possibilities, by recording the album using the 9,000-pipe Acusticum organ designed by Gerald Woehl, and a metal band. 2018's Dead Magic, produced by Randall Dunn, was recorded in nine days using her band and strings. Her instrument of choice on the date was a 20th century pipe organ in Marmor Kirken, Copenhagen's "Marble Church." Born on September 6, 1986, in Gothenburg, Sweden, von Hausswolff is the daughter of world-renowned sound artist Carl Michael von Hausswolff. She made her performance debut in 2008. Her performance at the Way Out West Festival in Gothenburg the following year established her as an up-and-coming talent on the Swedish alternative music scene. In association with the independent label Kning Disk, von Hausswolff made her commercial recording debut with the Track of Time EP in 2010. It was well-received by critics, who drew comparisons to singer/songwriters Kate Bush and Antony Hegarty, among others. The critical acclaim showered upon von Hausswolff set the stage for the breakout success of her full-length debut a couple months later. Produced by Henryk Lipp, Singing from the Grave was a Top Five hit on the Swedish albums chart. She moved to Denmark and switched up her musical and sonic palettes (she recorded most of the record with a church organ as her primary instrument) on 2012's Ceremony, which was released first in Sweden and then as an international release seven months later. The album was acclaimed in sources as diverse as the New York Times, NPR, and in heavy metal magazines. After select performances -- including one in Brooklyn, New York -- Hausswolff returned to the studio. In the fall of 2015, she released the video singles "Evocation" and "Come Wander with Me/Deliverance" as precursors to November's The Miraculous, a song cycle that touched on everything from gothic folk and pop music to black and death metal; her massive pipe organ and vocals fronted a well-chosen backing band of rock and classical instrumentalists. In 2017, she brought U.S. producer Randall Dunn to Copenhagen for nine days of sessions with her band and a 20th century pipe organ at Marmorkirken, Copenhagen's gorgeous marble rococo church. In December, she announced an album with a few cryptic details, the title -- Dead Magic -- its cover, a poem by Sweden's Walter Ljungquist, and the doom-laden single "The Mysterious Vanishing of Elektra," followed by its video in January. In February, she released the second track, "The Truth, the Glow, the Fall." The Dunn-produced full-length Dead Magic on City Slang was issued in early March of 2018 to the best reviews of her career. Von Hausswolff then toured Europe and the United States. She signed to Southern Lord in late 2019, a label operated by fellow Earth devotees Sunn O))). Von Hausswolff was inspired by Sacro Bosco, an iconic garden situated at the castle of Orsini between Rome and Florence in Central Italy, which was commissioned by Pier Francesco Orsini during the 16th century and known across the globe for its grotesque sculptures and buildings, now overgrown with untended vegetation. Upon her initial visit, the space's stillness, melancholy, and visceral images inspired her to compose her next album. Performed and recorded solo on a pipe organ at Gothenburg's Örgryte New Church, September 2020's completely instrumental All Thoughts Fly included the track "Sacro Bosco," for which von Hausswolff shot a video on location with Gustaf and Ludvig Holtenäs. ~ Jason Birchmeier & Thom Jurek, Rovi