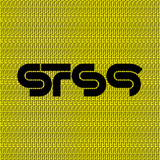 Founded in Georgia in the late '90s, Sound Tribe Sector 9 quickly refined a style of dub-influenced, breakbeat-infused psychedelic music with a heavy emphasis on group improvisation, comparable to the work of jam band peers such as the Disco Biscuits, Lake Trout, and the New Deal. Sound Tribe Sector 9's debut effort, Interplanetary Escape Vehicle (1998), was recorded soon after the group's formation and provides only scant hints of what the sound the band would develop, instead focusing on somewhat generic instrumental funk and jazz grooves. With the addition of percussionist Jeffree Lerner in 1999, the band's sound solidified into a powerfully original, highly danceable tapestry. Through constant touring, the group began to work up a large following among jam band fans. Two more releases -- Live (1999) and Offered Schematics Suggesting Peace (2000) -- captured both the band's developing sound and their increasing interest in Mayan mysticism and culture. The former accurately documented the confident tone of the band's relentless live performances, while the latter used analog tape loops, a blend of live and studio tracks, and extensive use of guest flutist Kofi Burbridge to create a more subtle mix. With a regard for spirituality, equality, and a freeing of musical egos, the band eschews solos in favor of small, repetitive parts that add together into a musical image that is at once droning and texturally deep. STS9 relocated to Northern California in late 2000. Constantly touring, they also formed their own label, 1320 Records, releasing the albums Peaceblaster (2008), Ad Explorata (2009), and Axe the Cables (2010), along with an EP, When the Dust Settles (2011), on the imprint. The group also gained renown for its festival appearances, with shows at most of the major U.S. fests, including Lollapalooza, Bonnaroo, Coachella, New Orleans Jazz, and Outside Lands. ~ Jesse Jarnow, Rovi