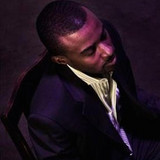 David began teaching himself how to play the piano at the age of 10, after being inspired by The Lion King motion picture soundtrack. His obsession with the film and its music motivated him to work through his struggles of learning how to play his favorite songs, all by ear. Over time his ability to play by ear drastically improved as he put his ear to the test every Sunday while playing at church, and as he challenged himself to learn anything he'd hear on the radio. In 2007, after uploading a few videos onto YouTube, things quickly began to take off for David. His videos garnered numerous views and it was only a matter of time before he was requested to perform at weddings and different events around the world. With various shows and a couple albums under his belt, David was happy with how things were progressing, but in 2009 he was presented with an opportunity that would allow him to share his love for music in a way that he had once only dreamed of doing. It was in that year that he began to help create Playground Sessions, a piano learning software, and through it he has been able to help people from all around the world learn to play the piano. Today, David continues to share his music with the world and hopes that his songs, his teachings, and his journey are an inspiration to anyone who has ever had a love for music.