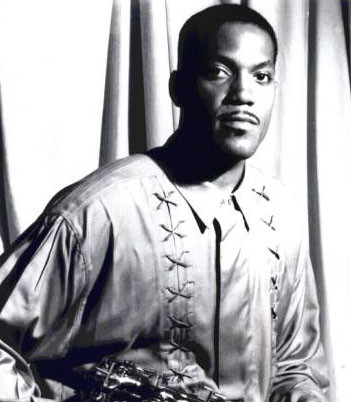 Saxophonist Eric Person was born in St. Louis, MO, the son of local musician and businessman Thomas Person. A child prodigy, he began playing saxophone at age seven and had gained his first orchestral experience by the time he was in the fifth grade. While at Normandy Junior and Senior high schools, he continued his musical studies and eventually got his first opportunities to play jazz. As a member of the Norsemen, the top jazz band at Normandy High, Person gained popularity and was active in almost every facet of music life at the school. Concert and symphonic orchestras, the marching bands and classical solo work kept Person motivated to attend school. Those years at Normandy were also successful in developing his love of many types of musical expression. When not playing in school ensembles, he played in funk bands and was a member of the James Matthews Quartet. They worked many of the hot jazz clubs of the day around St. Louis such as the Barbary Coast and The Place of Pleasure. For a teenager, to be able to cut his teeth on serious jazz, and the experience was invaluable. "We were playing all the hippest songs in the jazz canon such as "Isotope," "Inner Urge," "Passion Dance," "Red Clay," and songs by John Coltrane, Horace Silver, and Miles Davis. It was a blast," says Person. It was during this phase of his musical education that Person developed his love of composition. He was first encouraged to compose by the legendary St. Louis saxophonist/composer, Jimmy Sharrod.

In 1993, Person wrote "Sharrod" as a tribute to him. It was later included on the World Saxophone Quartet's Moving Right Along. Several more of Person's compositions, including "Great Expectations" with its challenging 5/4 time section and "Mr. More or Less," which teeters between 4/4 and 3/4 time signatures, also came from this early writing period. They were both recorded on Arrival and More Tales to Tell, two of Person's critically acclaimed recordings. In 1979 while at Normandy High, Person enrolled and studied at the St. Louis Conservatory of Music.