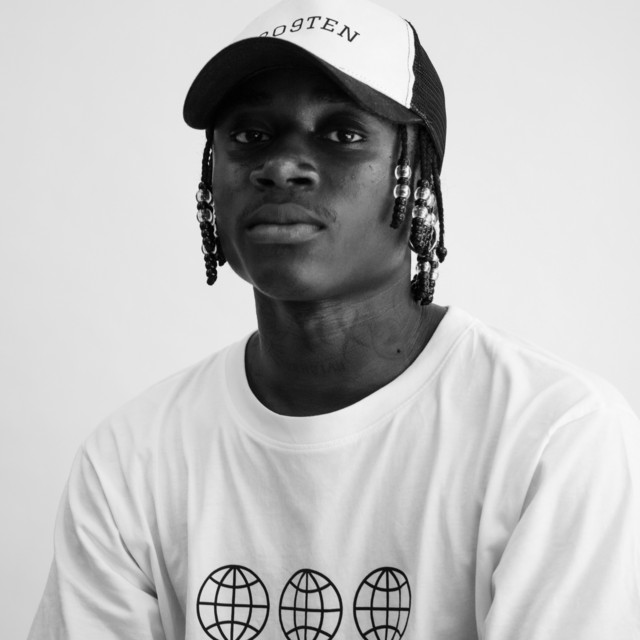 Rapper Lil Skid was born and raised in Ghana, where he experienced his love for music and rhythm at an early age. When he moved to Belgium as a teenager, he started writing lyrics and recording himself in his bedroom. Over the years, he developed his unique sound, influenced by his own life path as well as his musical idols like Lil Wayne, Young Thug and Playboi Carti. He started releasing several singles as well as his first EP ‘Skyes’ in 2019, which caught the attention of independent music label 32WORLDWIDE. They signed Lil Skid in 2020, releasing ‘Graduation 1/2’ and ‘Graduation 3/2’. On these two projects, Lil Skid showed his power of bringing people together, working with the likes of Chuki Beats, Yung Mavu, Alioth and Rare Akuma. With his latest project, the VIRAL SHIT series, Lil Skid is establishing his own unique sound.