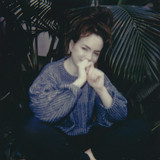 Originally from Wisconsin, Alma Cook is an LA-based singer-songwriter with a passion for starting conversations about the human condition. These conversations take many shapes—prose, public speaking, discussion groups—but songwriting is Alma's favorite medium. Through poignant original arrangements that borrow from pop, jazz, neosoul, spoken word, and folk, she tells stories about the sides of human nature many of us would rather sweep under the rug. With the release of Alma's 2014 album Tactics, her clever lyrics and strong vocal delivery drew attention from media outlets and independent radio stations across the country and overseas, landing Alma features in Popwrapped and Songwriting Magazine as well as airplay on stations like Radio Nova Portugal, Radio One Chicago, and Groundsounds. Her most recent single, "Hearsay," speaks out about human trafficking over a catchy, hard-hitting pop groove.