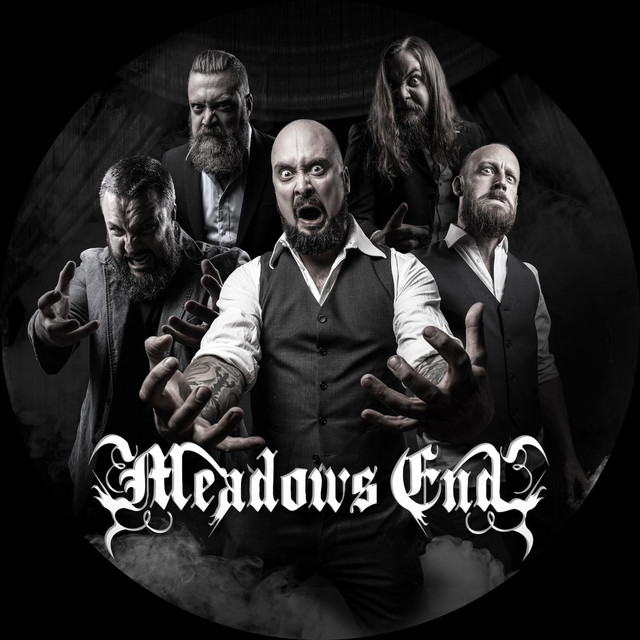 Symphonic/Melodic Death from Sweden. Meadows End is a hard hitting act that emphasises on a heavy groove combined with orchestrated atmospheres and mesmerizing melodies.   Meadows End started out in 1997 by playing live and entering the studio to record a few demos. Between 2000 and 2009 the band struggled with inactivity & band members coming and going. During that period, four different demos and EP:s were released.   Eventually pace was found and with a complete line up for the first time in many years, the first full length album Ode to Quietus (2010) was released. After much collaboration with YouTuber Ed 'Infidel Amsterdam' Veter the band caught the eyes of a wider audience and a music video together with fans was put together for the song Devilspeed Loathekill.  The second album The Sufferwell was released in 2014.   During 2015, Meadows End decided to revive their old concept songs from the demo era and re-record them, leading to the release of Sojourn in 2016. The songs were released one at a time each month on YouTube, building up a constant flow of the epic Sojourn saga.   In 2018, Meadows End signed with Black Lion Records and their fourth album The Grand Antiquation was released March 08 2019.   - https://www.meadowsend.org - https://www.facebook.com/meadowsend