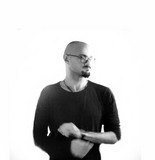 Pedram Babaiee ( pronounced: pɛdrɑm bɑbɑɪ - پدرام بابایی ) is a post classical/minimal music composer and producer -born April 1992- distinguished as the bearer of Iranian music legacy in his generation of contemporary classical composers. Babaiee is better recognized amongst western-classical music communities and performers; Not only for the unique Dastgāh-based harmonic qualities, but also for the catalog of innumerous compositions which are eruditely concentrated on solo instrumentation or chamber ensembles; Including his sonatas, string quartets, piano quintets and pattern based sketches. He also has a notable background in composing and producing music for motion pictures, performing arts, featured films, etc.  His debut album Piano Works: Portrait of an Imaginary Beloved had received many positive reviews and was announced 2019 The Album of the Year winner in the Classical Category by Matthew Mayer in solopiano.com website. Pedram Babaiee has toured live on stages as pianist in 2018 among with the string quartet Bivác Ensemble, performing an exclusive setlist of his own compositions named "Ruins of a Memoir", which partly re-interpreted, recorded in 2019 and released as the studio album from Ruins of a Memoir in 2021. "I see music as the most powerful form of communication and Interaction. Much greater than any other language. An honest expression in which you can trust everything – An existence beyond ideas of right or wrong."