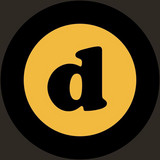 Dodgy were born from the ashes of Purple, who had moved to London to play the circuit, and was composed of Nigel Clark on bass, Mathew Priest on drums before agreeing that a lead guitarist was needed. After placing an ad in Loot Magazine asking for Jimi Hendrix or similar Shortly after, Andy Miller joined the band. Armed with a new sound, the band decided to change its name. It is during this time of transition and intense songwriting. Clark took back the bass, and with Miller on guitar and Mathew Priest on drums, they became Dodgy....To Be Continued   www.dodgyology.com