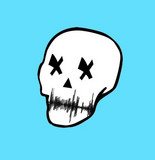 Free Mace is an emerging Florida rock band based out of Jacksonville, Florida. The band is quickly making waves in the scene with their unparalleled sound and style. Inspired by their life experiences, Free Mace seeks to create music that will serve as the soundtrack to people’s days. Consisting of guitarist/vocalist/producer Mason Staub and an alternating bass player and drummer, this energetic band seeks to push the envelope with their sound and bridge various elements from different genres to make a well-rounded, dynamic style. The band is fueled by their passion for music, and their willingness to be the next big band to breakthrough. With every release, the Florida natives have listeners engulfed into the world they create with their conscious thinking and anti-establishment rhetoric. Free Mace is a band to keep an eye on and ear out for as they are set to cement themselves in the music scene for years to come.