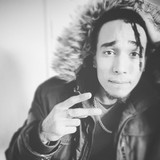 Producer/Singer/Rapper From United Kingdom 23 Years Old, From Gravesend, Kent. One of 14 siblings, Tashan (aKa BowcieTT) has always had a passion for music, learning to play piano from a young age, taught by his musical father. Tashan creates his own beats and writes own lyrics; recording, mixing and mastering the tracks from his home setup. He decided to pursue music in September 2016, releasing a number of self produced tracks in the months that followed. BowcieBeats specialising in RnB and Trap Melodies.   Contact &amp; Enquires: bowciett@gmail.com trizzytruth12@gmail.com   Google BowcieTT for results